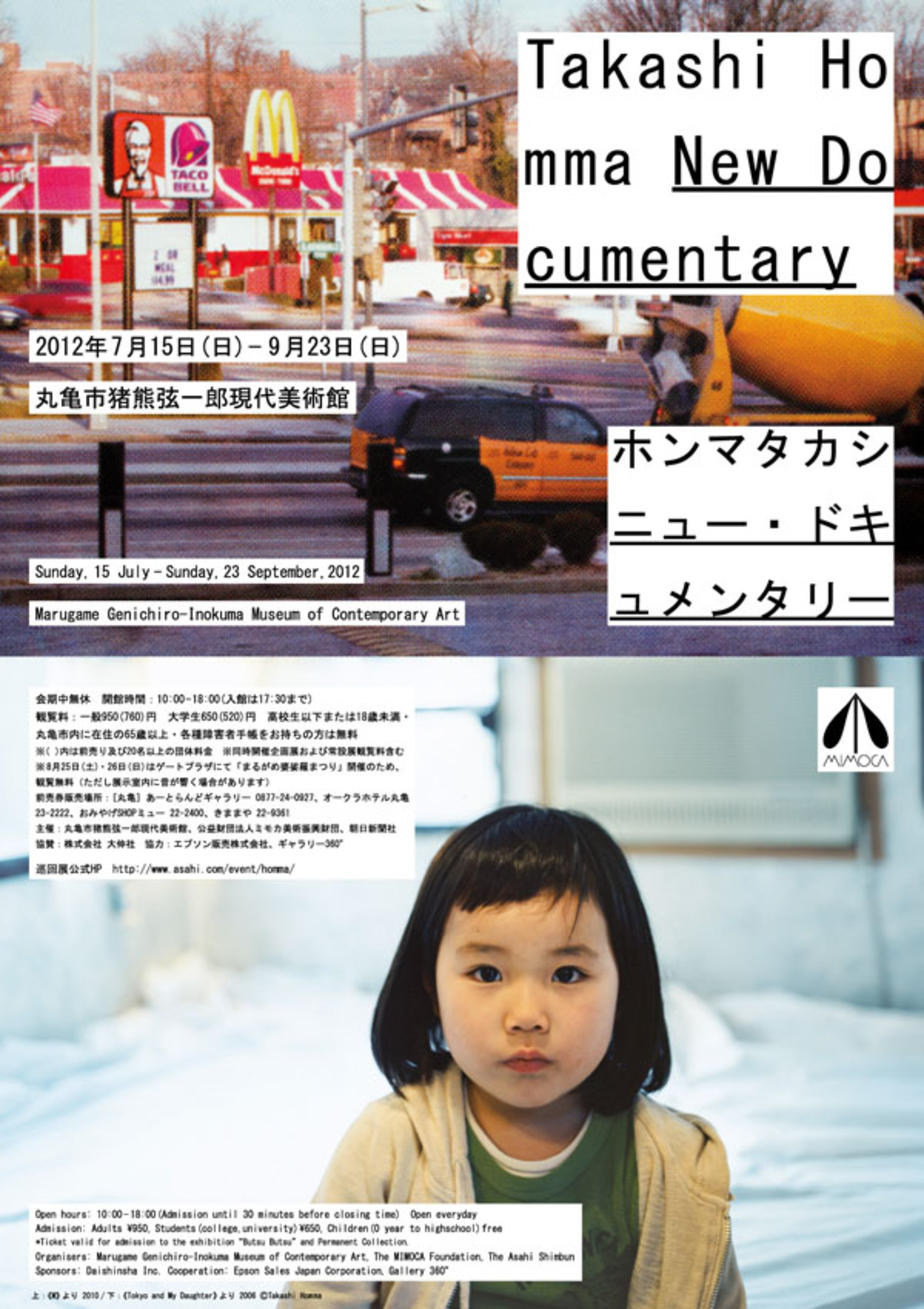 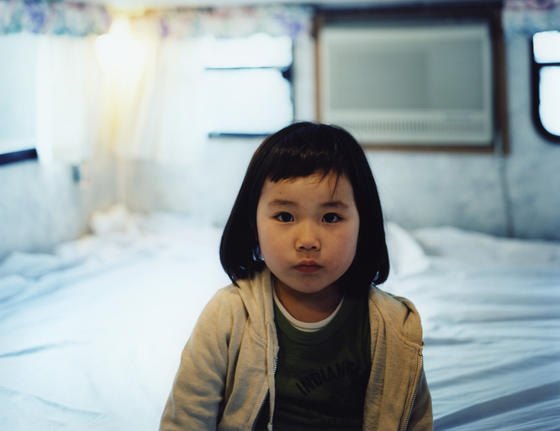 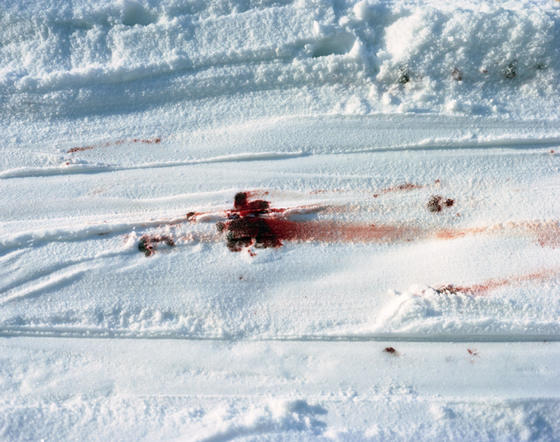 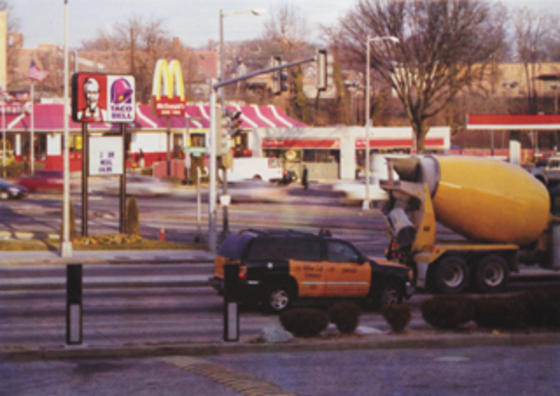 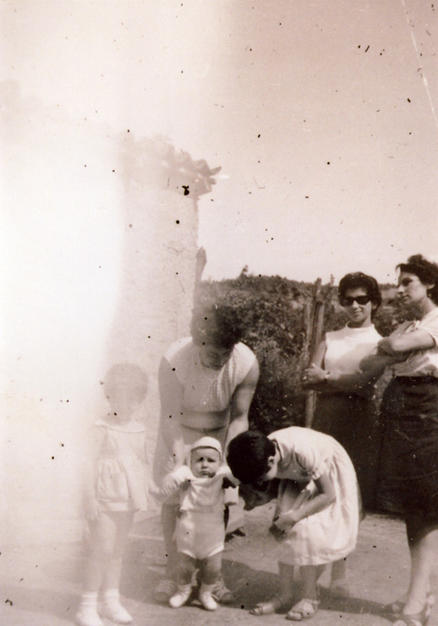 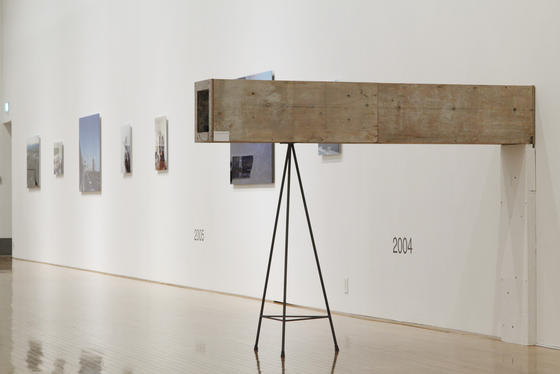 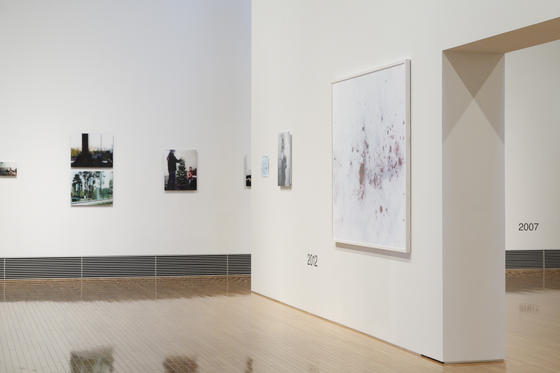 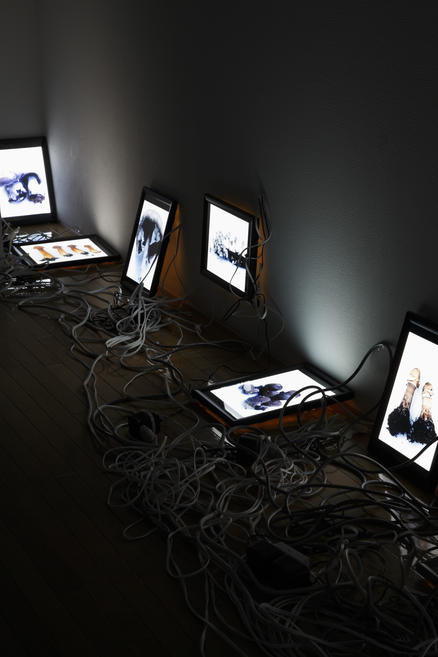 Organized by Marugame Genichiro-Inokuma Museum of Contemporary Art, The MIMOCA Foundation, The Asahi Shimbun
With the sponsorship of Daishinsha Inc.
In cooperation with Epson Sales Japan Corporation, Gallery 360°

Artist Takashi Homma has been at the forefront of photographic expression since the early 1990s. Homma maintains a sense of distance from his subject and captures what is before him, as it is, without supplementing his emotions as the photographer. His style, as such, has won broad recognition for its newness and influenced artists of all generations.
This is the first solo art museum exhibition in Japan for Homma, who engages in photography from a neutral position without letting himself be bound by genre or methods of display. The exhibition is now making its third stop, having previously traveled to Kanazawa and Tokyo in 2011. Interweaving photographic prints with works of varying media—books, paintings, video, and photo-based silk screens, as well as an entirely new installation, this time—the exhibition demonstrates how Homma’s photographs commute between expression and documentation. Viewers are made to wonder, “What is a photograph?” in an exhibition that inquires into the essence of “seeing.”