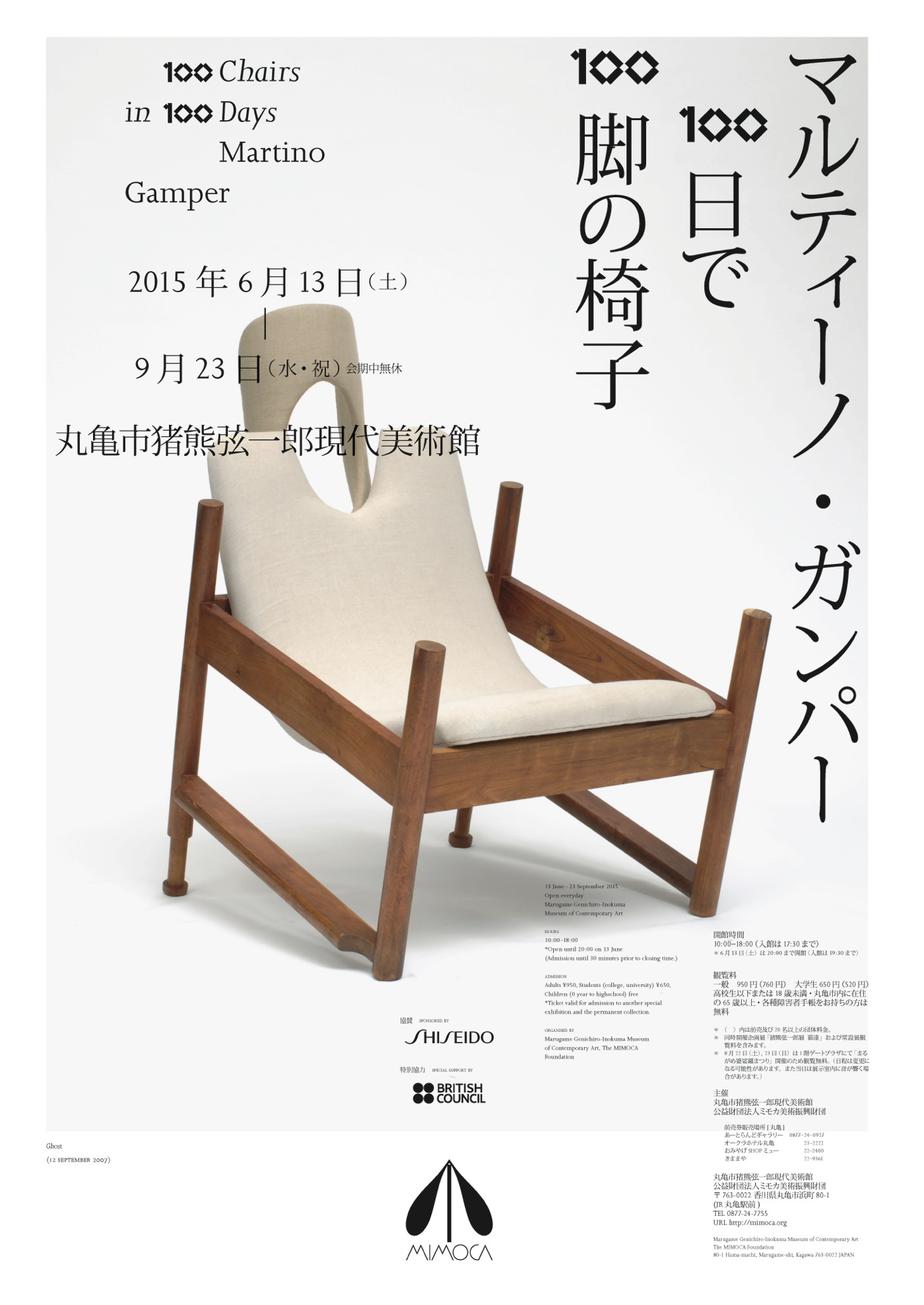 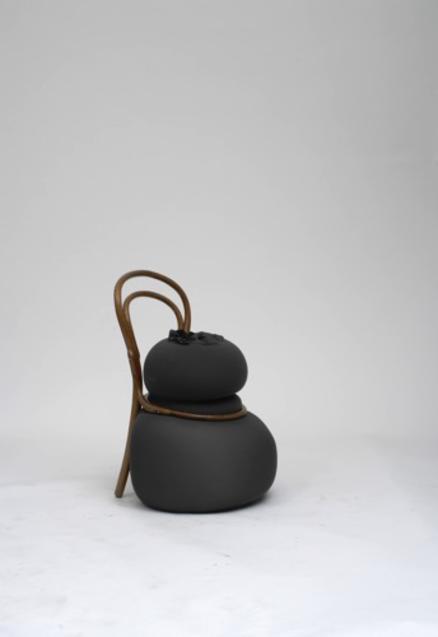 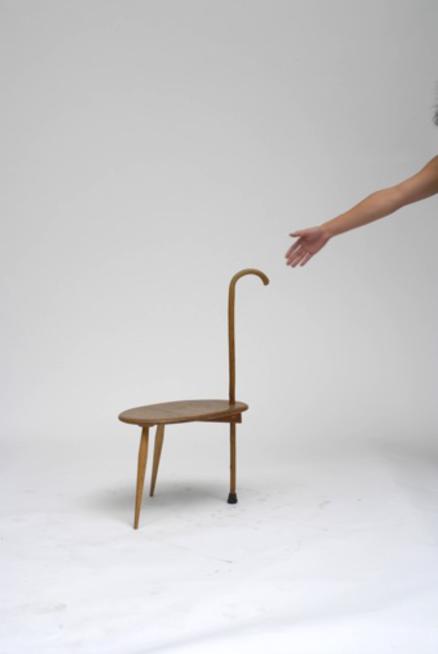 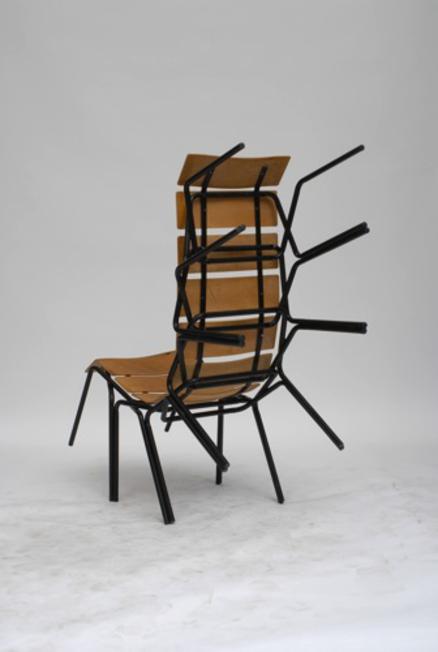 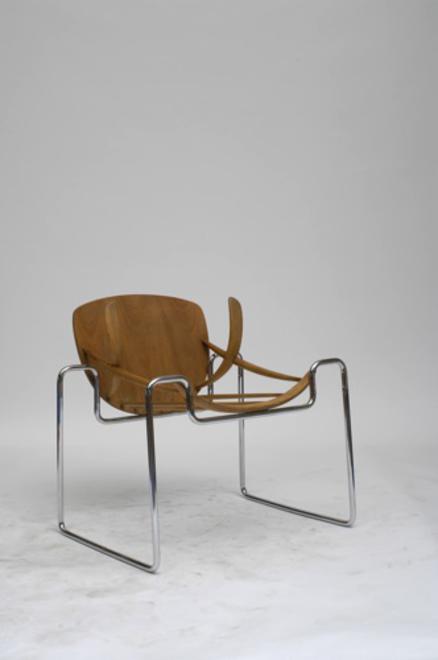 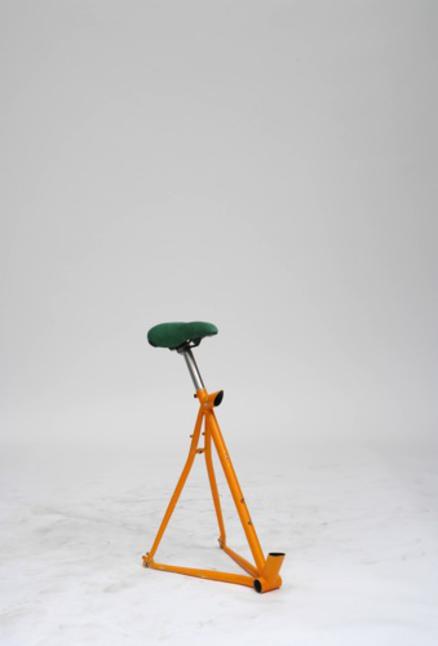 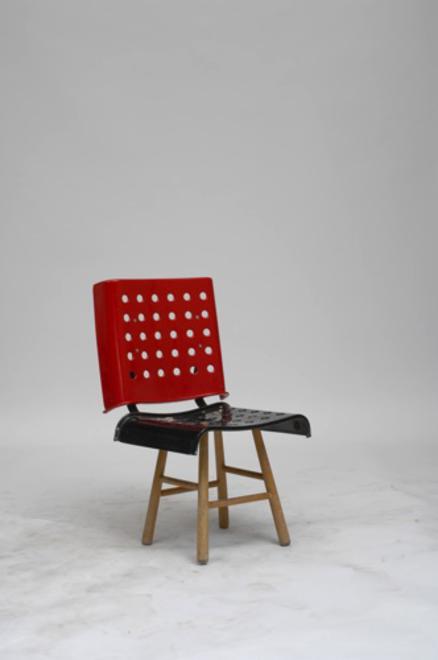 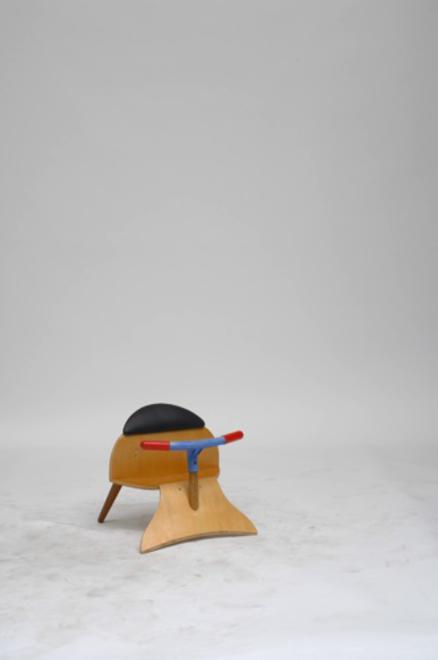 Organized by Marugame Genichiro-Inokuma Museum of Contemporary Art, The MIMOCA Foundation
Supported by SHISEIDO CO., LTD.
With special cooperation from the British Council

Martino Gamper (born 1971 in Italy, resides in London), known for his crossovers between fine art and design, came to major acclaim with 100 Chairs in 100 Days (2007), for which he culled disused chairs from London alleyways and friends' homes and reassembled them one per day into poetic, often humorous forms. Drawing upon the history of furniture yet altogether unique and original improvisations, he has toured 99 chairs around the globe, always creating another 100th chair in each new location. So for this exhibition, he will create a yet-unveiled 100th chair from a find here in Marugame. Working within self-imposed parametres — found materials, structures, designs and a single day — Gamper's 100 chairs showcase his wit and experiments in transforming limitations into elements of possibility. Transcending mere design and function, Gamper's unprecedented methodology lets us glimpse the stories hidden within things.

◎Curator's Talk
Date and Time: 1st, 3rd, 5th Sunday at 14:00 during the exhibition.
The curator, Katsura Kunieda will talk about the highlights of the exhibition.

The "Torattoria" is a series of dinning and design events which have been organized by Martino Gamper, Åbäke’s Kajsa Ståhl and Maki Suzuki, Alex Rich from 2002. Gamper, a good chef as well, will create a special recipe named “basta la pasta” (that means “enough with the pasta” in Italy) which is a collaboration with pasta and popular local noodle “udon" and a special cocktail for this exhibition. Let’s have a great time with the unique delicious food and drink with the artist himself. An interpreter will be with the artist and everybody is most welcome.

The exhibition will open until 20:00 on that day.