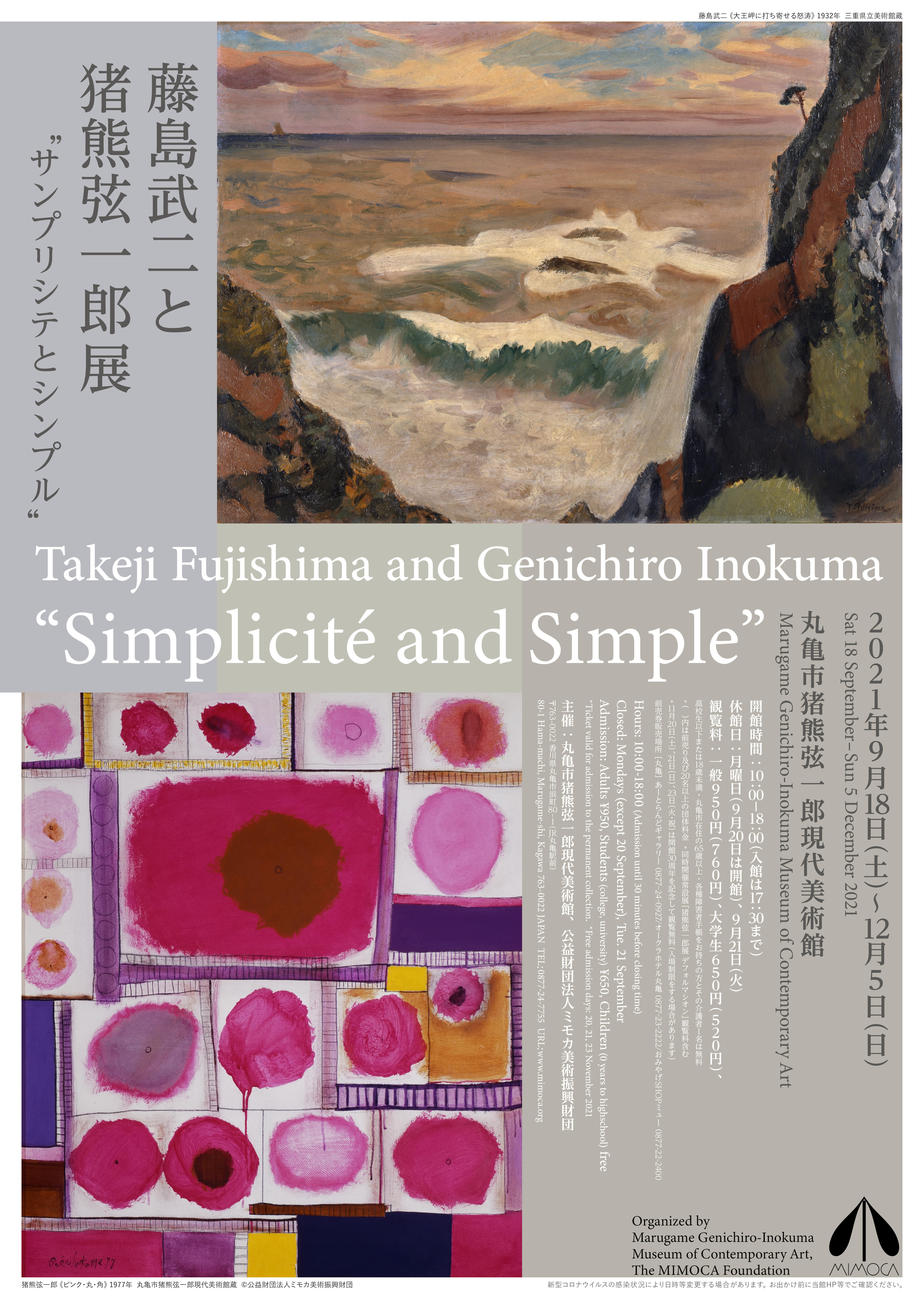 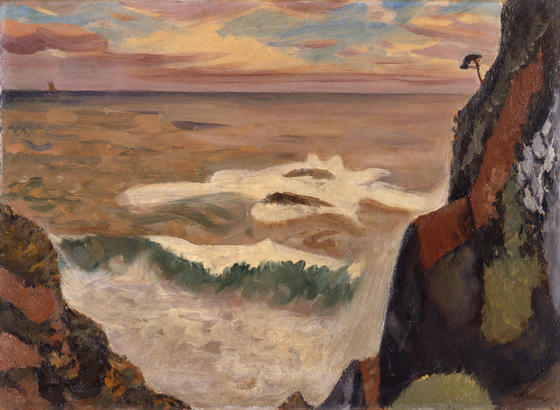 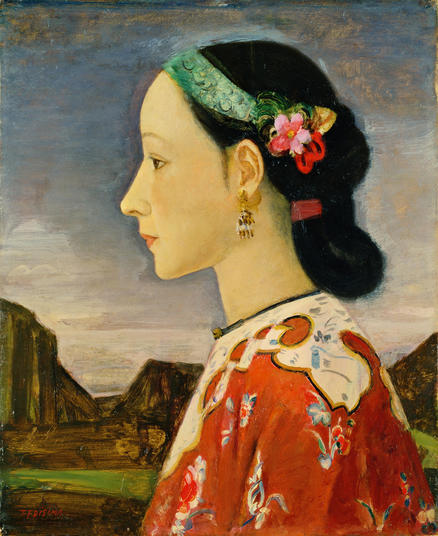 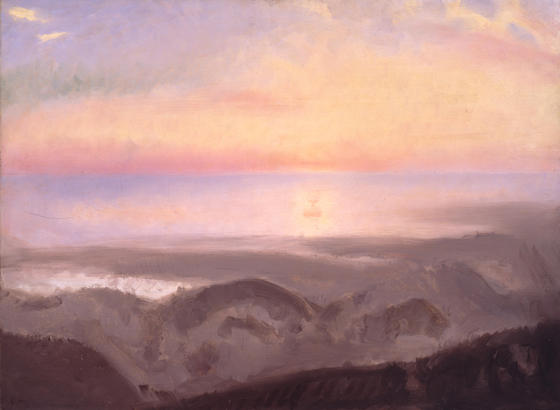 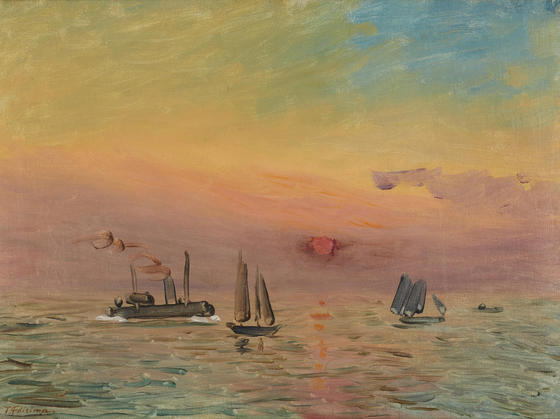 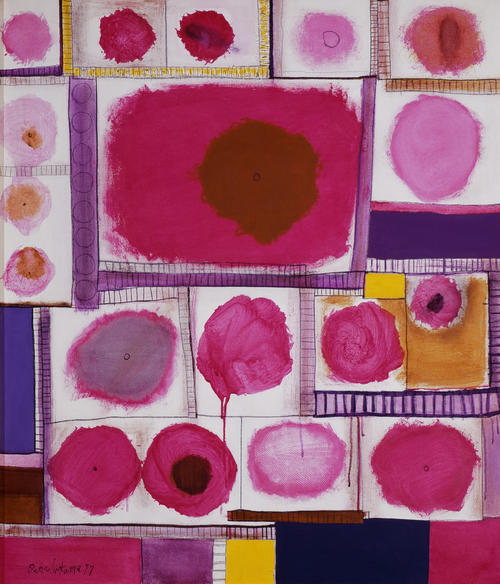 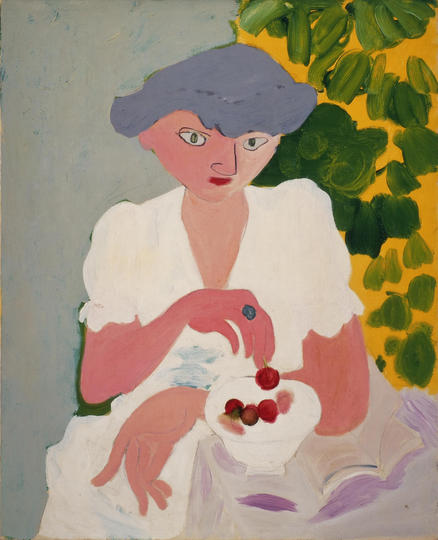 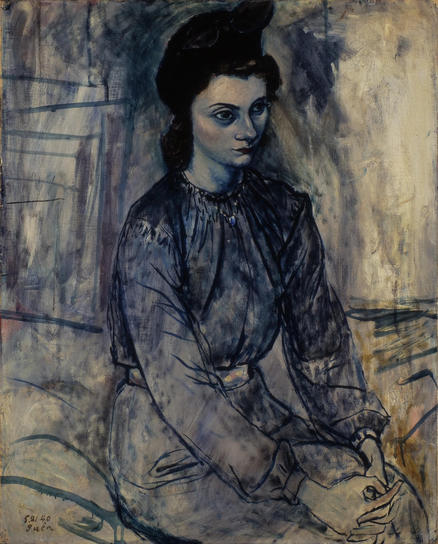 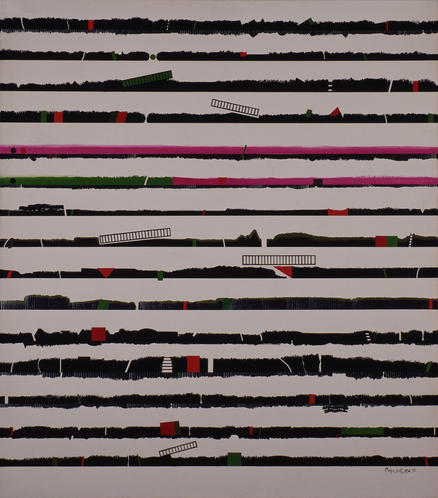 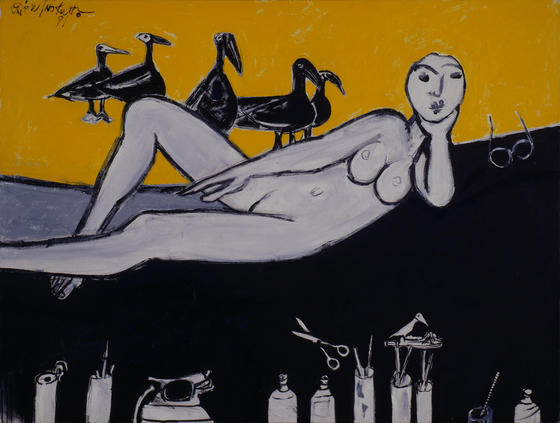 Organized by Marugame Genichiro-Inokuma Museum of Contemporary Art, The MIMOCA

Takeji Fujishima (1867-1943) was a noted Yoga (Western-style) painter, active from the late 19th to mid-20th century in the Hakuba-kai (White Horse Society) and Bunten and Teiten exhibitions of the Japanese Art Academy. Fujishima is known for richly decorative images of women that fuse East and West, and for concise compositions painted in pursuit of the ideal sunrise in his later years. Alongside his career as a painter, he in 1896 became an associate professor at the Tokyo Fine Arts School’s Western Painting Department, where he taught many young artists. Under his training, Genichiro Inokuma (1902-1993) embarked on a career as a painter.
Genichiro Inokuma painted continually while moving his home base, studying in Paris for about 3 years in his 30s, residing in New York for some 20 years after turning 50, and subsequently producing work in Hawaii and Tokyo. In that time, he shifted from figurative painting to abstract and eventually, in his late period, created works transcending the boundaries of figurative and abstract.
Though their paintings differ in style, both Fujishima and Inokuma placed emphasis on simplification, the former calling it “simplicité” and the latter, “simple.” When painting, they constantly thought about how to express a complex idea concisely—what to remove and what to leave, and how to unify what remained, in order to capture the essence of their subject.
By featuring works from throughout the two artists’ careers, this exhibition enables viewers to follow their development of techniques of “simplification.”