MIMOCA Magazine A Conversation on Feelin’ Groovy! Walk Around New York with Genichiro Inokuma: Part One

The exhibit Feelin’ Groovy! Walk Around New York with Genichiro Inokuma is now on view at the Marugame Genichiro-Inokuma Museum of Contemporary Art (MIMOCA) until September 5, 2021 (Sunday). To showcase the appeal of Genichiro Inokuma (1902–1993) from a fresh angle, the organizers invited as “chief editor” Hitoshi Okamoto and as “deputy editor” Taka Kawachi to produce the exhibit. Like Inokuma, Kawachi happens to be a former resident of New York.

This first part of a conversation between Okamoto and Kawachi explores how they first learned of Inokuma and what the two rediscovered about the artist’s appeal. 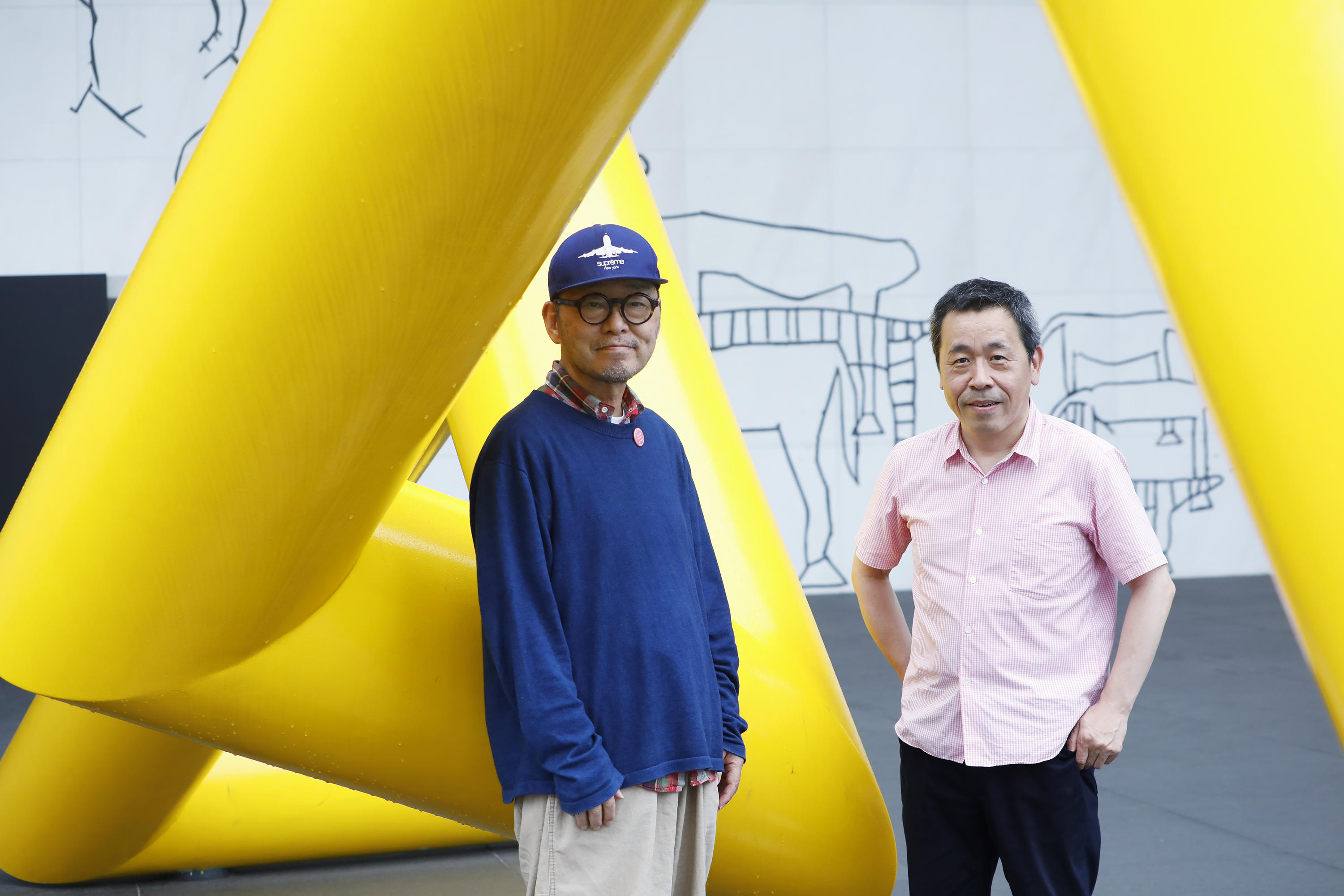 At the Gate Plaza

ーOur Introduction to Inokuma the Collector

Okamoto: The first time I saw Inokuma's work was at the multipurpose venue Tokyo Kaikan, situated in Tokyo's Marunouchi area, before the facility underwent renovation. There was a huge mosaic on display right at the entrance; I walked up to it and saw the artist's name was Genichiro Inokuma. At the time I was already in my late 40s, and after seeing that mosaic a friend introduced me to Inokuma's book Gaka no Omocha Bako [Genichiro's Collections] (Tokyo: Bunka Publishing Bureau, 1984), which featured photographs by Shunji Okura.
The book includes anecdotes about pieces in Inokuma's collection--an old Eames chair and wooden Kachina dolls crafted by Native Americans--alongside references to architect Antonin Raymond and sculptor Isamu Noguchi. Back then I was interested in these very topics, so, naturally, it made me want to learn more about Inokuma-san.

Kawachi: I actually did not know about him during my time in New York. I was first attracted to the Inokuma museum building designed by Japanese architect Yoshio Taniguchi (1937-). Sometime later I saw his work and his collection when I visited an exhibition of photographer Takashi Homma (1962-). At the show I learned Inokuma-san was the first person in Japan to own an Eames shell chair, and that sparked my interest. You can say that my visiting the Taniguchi-designed [Inokuma] museum spawned my curiosity about Inokuma-san.

Okamoto: So we were both intrigued by Inokuma-san's collection (laugh).

ーDelving into the Inokuma-san's World: From the Collection to Original Works

Okamoto: While preparing the exhibit, I was surprised to find the many very carefully saved invitations that Inokuma-san received from various New York galleries.
Many such "seeds" or glimpses of what led to his works have been kept in good condition. It's fascinating how we can peek into the wide-open world he cultivated through his assortment of artifacts--which very much suit my own tastes--and behind them his friendships with key figures of the art world. These "seeds" allow us to trace emotions Inokuma-san must have experienced in his creative process and offer an entirely different perspective compared to traditional, textbook-based studies on an artist.
Of the works he created in New York, my favorite is the one featuring intricate grid motifs evoking ladders. Based on the photos he took and from what you suggested, I came to see that this painting was his raw interpretation of the New York cityscape. 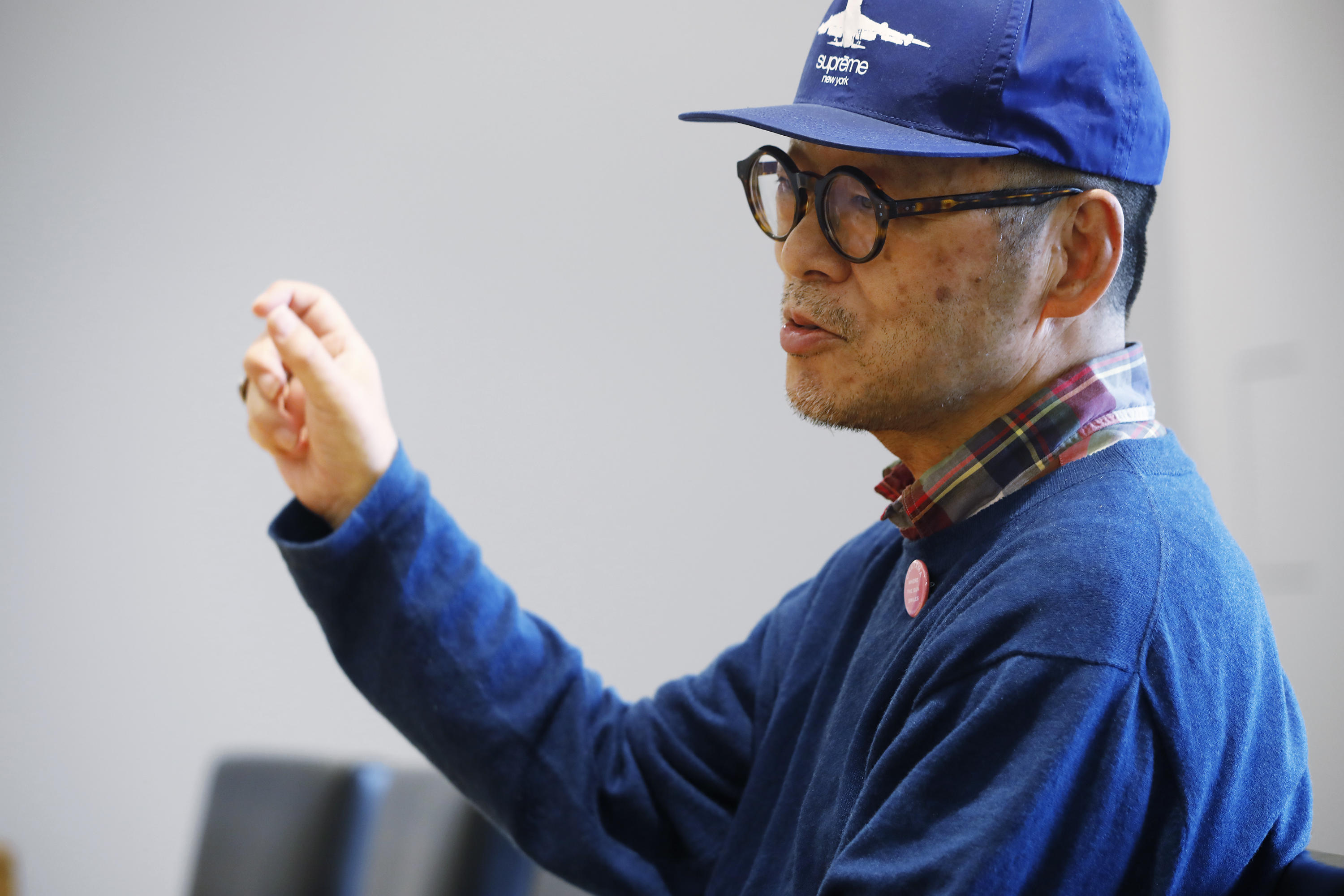 Kawachi: Inokuma-san had a keen eye for detail. His short essays, accompanying his monthly cover art for the literary magazine Shosetsu Shincho, chronicle and convey to readers every expression and word he saw and heard from the people he met. He was very observant of the city and the people of New York--perhaps more so than the Big Apple's own residents--and we can read his kind and compassionate gaze on them. That's what makes Inokuma-san interesting; I really feel he had a special kind of sensitivity.

Kawachi: He had a very pure heart. It's easy to spot what inspired him in Paris or during World War II. And then in New York, he transitioned from figurative to abstract art, and went on to switch from one stylistic approach to another. Some might consider that a risky move for an artist. But I think he was an outstanding figure with child-like innocent and straightforward qualities, who excelled at cultivating his influences and channeling them into new creations. 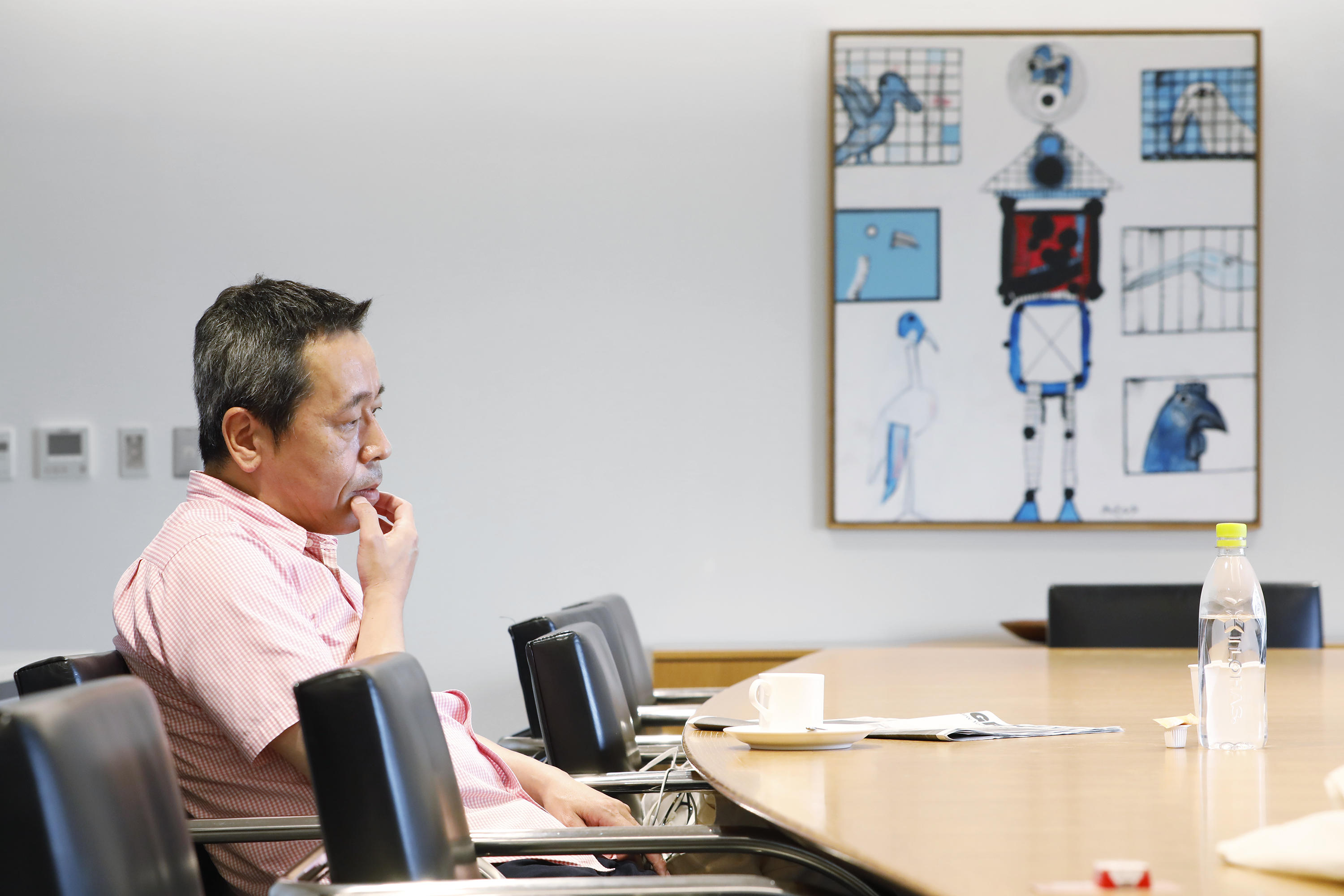 
Okamoto: He was a hipster, but in the best possible way. Painting was his main focus, but he maintained a youthful sense of curiosity in all things outside the canvas. For one, he decided to start over in New York and eventually established a completely new style there, despite being in his 50s with a successful art career in Tokyo. He also had no hesitation in expressing his current subjects of interest. Other than Inokuma-san, I don't know many artists who altered their style [so radically] over the course of their life.

Kawachi: His focus definitely changed a lot. He was care-free in a way, working only on themes he found intriguing. But "care-free" or "hipster" are positive terms when we're talking about Inokuma-san; this quality is the very source of his artistic style. He never put on airs and absorbed every topic that caught his attention, translating his influences straightforwardly into his work.

Okamoto: A great example is the space-themed paintings he worked on after seeing Star Wars, inspired by the many appealing alien characters in it. He was so easily influenced--a testament to his innocent spirit--and did not worry about sticking to one style, which is probably why he kept exploring new approaches.