Encounter—Infinite Variety of Faces ran through Sunday, June 6, 2021 at the Marugame Genichiro-Inokuma Museum of Contemporary Art (MIMOCA). We spoke with Yosuke Takayama, one of the featured artists, about how he captures and depicts faces, focusing on his works at the exhibition.

Interviewed and written by Taisuke Shimanuki
Photos by Jin Fukuda 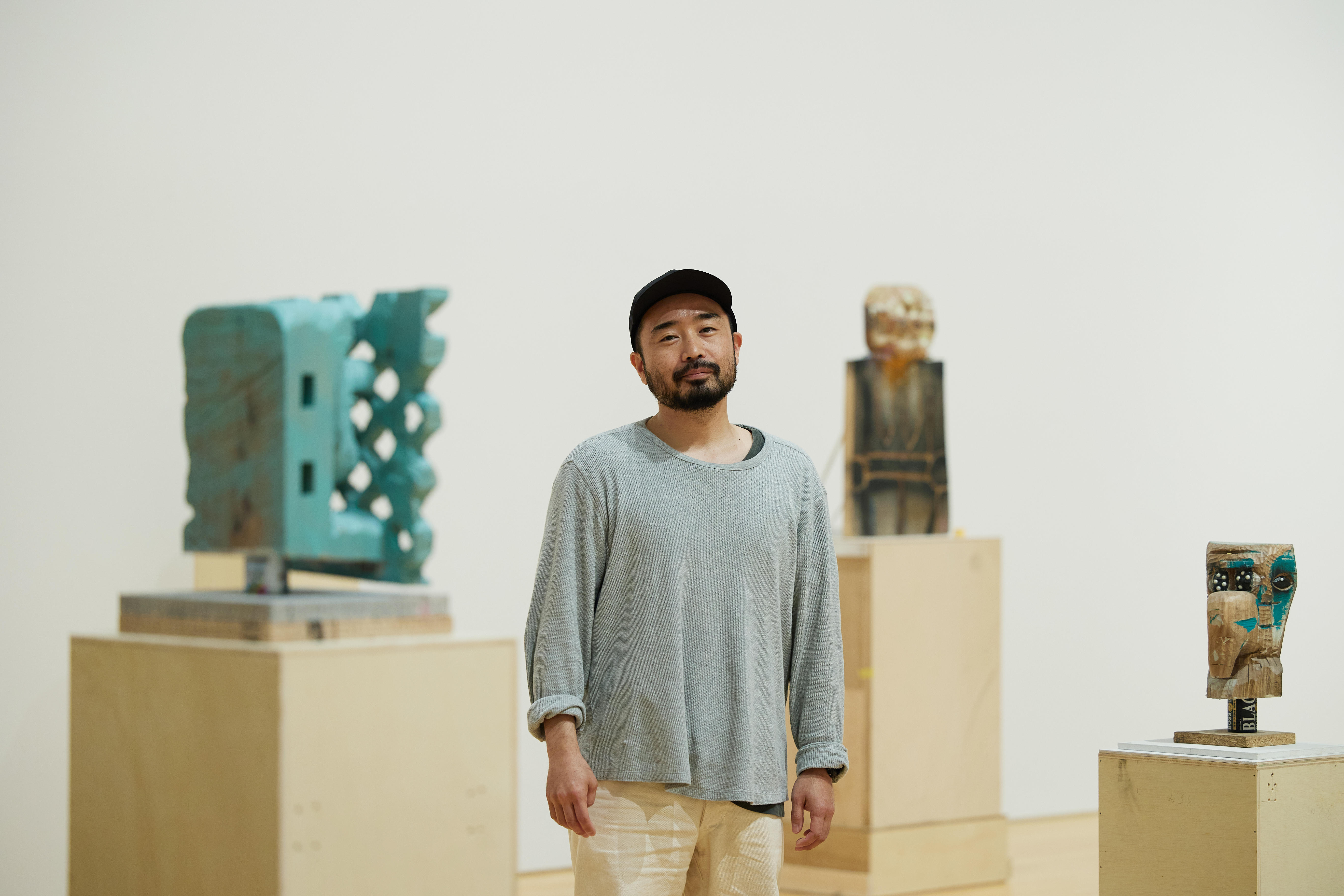 Takayama at the exhibition venue

－What comes to mind when you think about the theme for this exhibition, "face"?

Takayama: It's rare for sculptors to only focus on the face. We are more likely to focus on the part of the body above the neck--busts and head sculptures are good examples.

－Please tell us about the "Untitled" series that the exhibition featured.

Takayama: It started around 2011, inspired by a clay head sculpture I found while cleaning a closet at my parents' place. The portrait looked so much like my older brother that I first thought he was the one who made it. But as I looked closer, I realized it was my own work from back in junior high school. My brother was my worst enemy in those days. But living in the same space meant I could not entirely avoid him--which made matters worse. The portrait ended up looking uncannily like my brother probably because I channeled my frustration into that work.
This got me interested in how we see people. In the "Untitled" series, I wanted to give shape to my idea that while we may think we are seeing a person's face, we might actually be looking at a façade; a reflection of our own layers of various experiences and assumptions manifesting in that person's face.

－Some of your other projects were also inspired by your personal experience. One memorable piece depicts a woman and her dogs.

Takayama: I used a similar approach for the head I created for this exhibition--the head that looks like baseball catcher's mask. That work is based on a person's face I saw behind a fence, but I don't remember the details clearly. Whatever was on the other side of the fence was coming in my direction, and it happened to resemble a human face.
For another work in the exhibition--the one reminiscent of dreadlocks--I used clamshells in some parts, inspired by an excellent bowl of hamaguri clam soup. The part that looks like hair is made of akebi vine, which impressed me by how it was flourishing around my studio. I made this sculpture quite some time ago. Initially, I was unhappy with how it turned out, but came back to it after a year or two. So the clam shells and akebi vine parts are based on experiences from different points in my life. 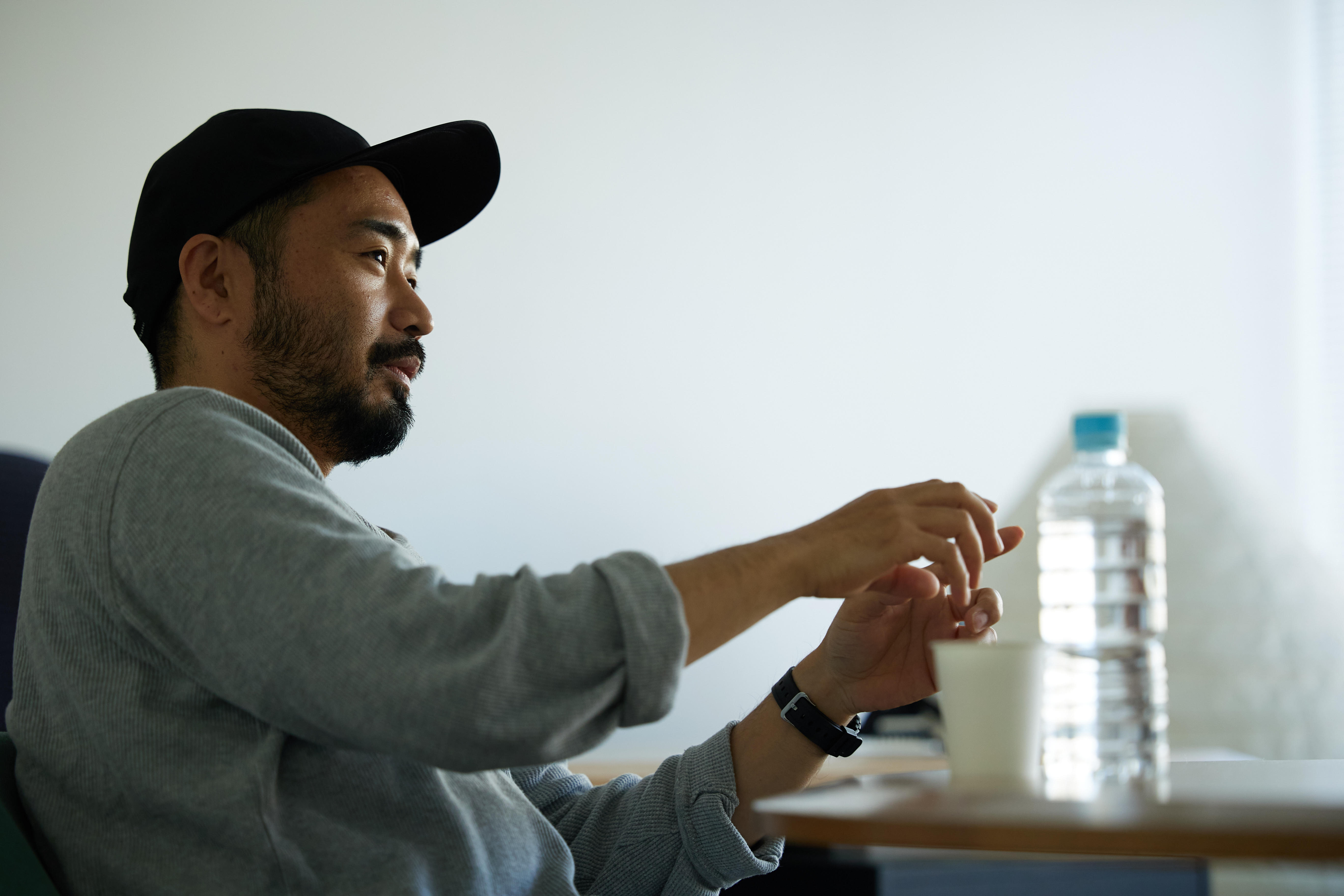 －So your work is a mixture and accumulation of experiences from different times in your life.

Takayama: Some sculptures are done straight, adhering to a drawing as a blueprint from beginning to completion. But for me the natural approach is more meandering, going back and forth on work with multiple projects simultaneously, so sometimes it might seem like I am in a never-ending cycle. Once a friend asked how many more sculptures I would have to make to get satisfied, to which I randomly answered "100." So far, I've made more than 70, so the goal is near. I guess I'll hang on a little longer.

Takayama: Yes, I agree. Things have mostly remained the same for me, since I tend to look "stealthily" at people's faces. But now that it has become daily practice to wear masks that hide half of our faces, the way I perceive things has become more naïve. I cannot help but stare when I see people eating with their masks off. Mouths seem so much more alive than they did before.
Now that I routinely communicate via Zoom, I increasingly find myself talking with people over switched-off video screens. Whether or not these aspects would influence my work remains to be seen.
One thing I have been ruminating about is the similarity between masks and makeup, and that humans have always been covering their faces in one way or the other. Lady Gaga is one interesting example. Her masks feature provocative designs, but their decorative aspect fascinates me: She's creating a continuum of--or should I say layering--face cover upon face cover. 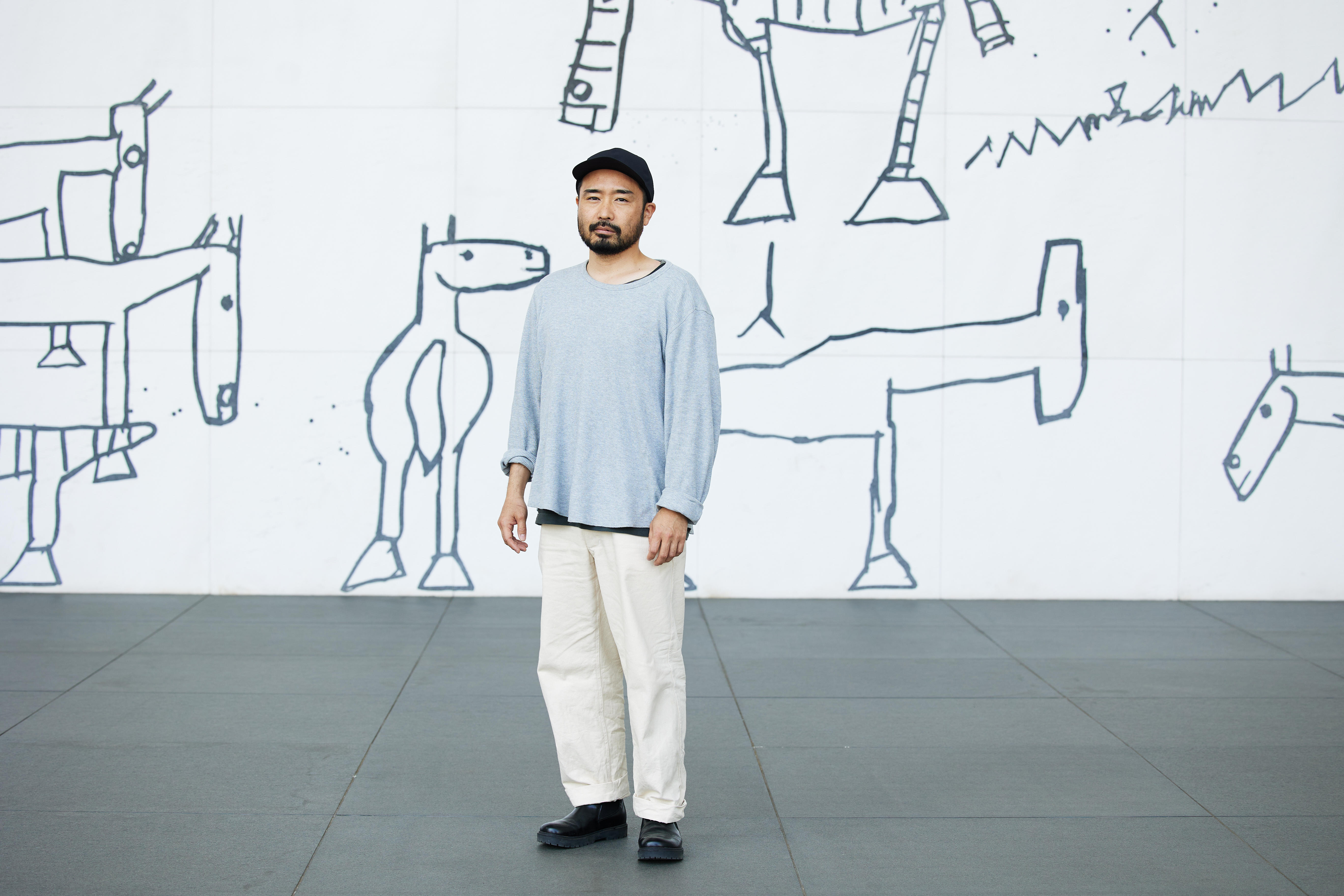 Takayama, standing in the Creation Plaza