Encounter—Infinite Variety of Faces ran through Sunday, June 6, 2021 at the Marugame Genichiro-Inokuma Museum of Contemporary Art (MIMOCA). We spoke with super-KIKI, one of the featured artists, about how she captures and depicts faces, focusing on her works in the exhibition.

Interviewed and written by Taisuke Shimanuki
Photos by Jin Fukuda 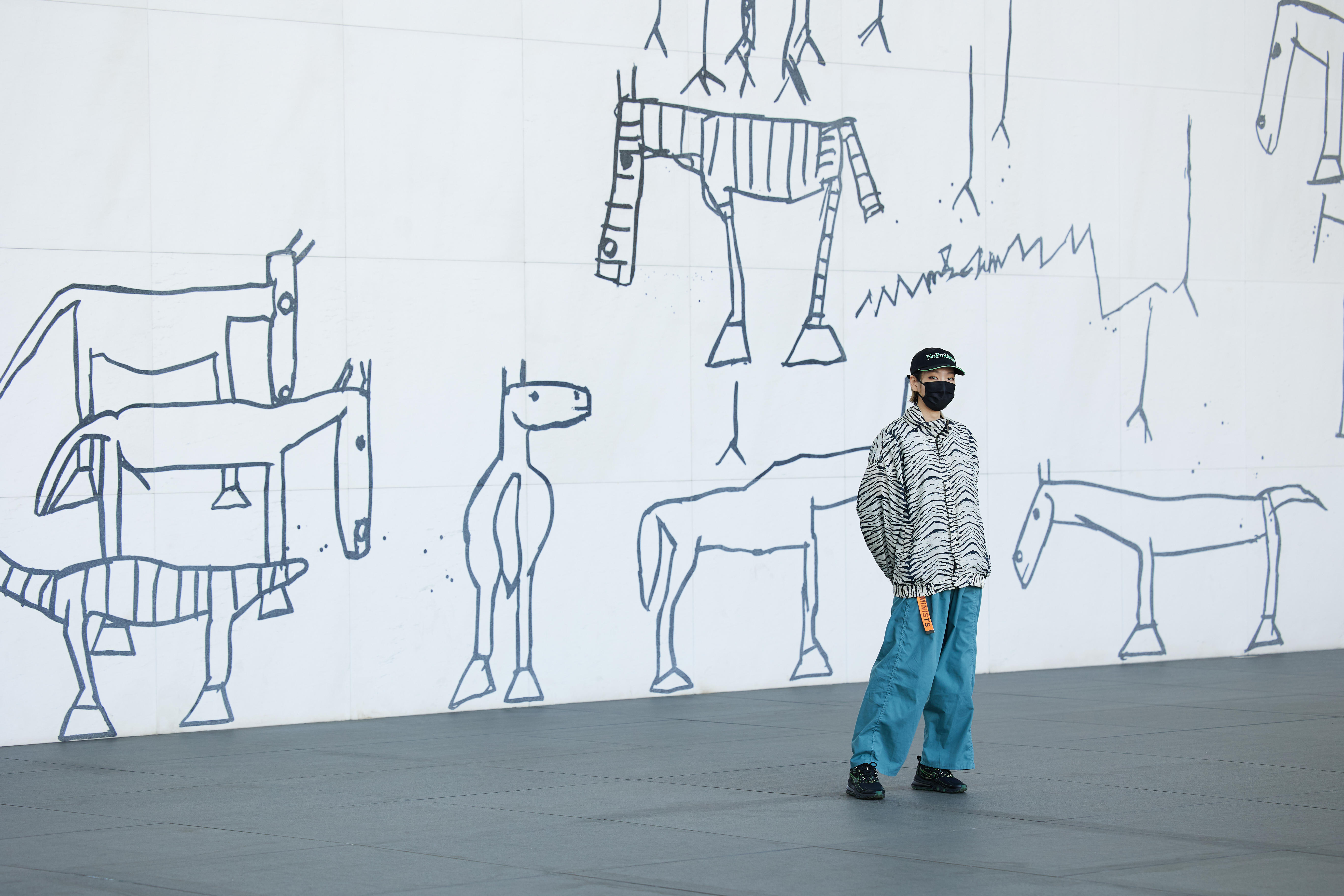 super-KIKI at the Creation Plaza

ーIn addition to creating the feminist zine NEW ERA Ladies, you also have been producing design and fashion themed under social movements. Where does your interest in these areas come from?

KIKI: It all began with the March 2011 Tohoku earthquake and tsunami. My growing skepticism about the Japanese government's policies for handling the Fukushima nuclear accident--among other things--drove me to participate in nuclear-power-related workshops and protests. That experience proved to be truly educational, and I still join seminars and rallies today on various issues. But early on, I was intimidated by the overly aggressive protest signs and the ways in which rally-goers chanted vitriolic slogans. I now see the importance of voicing opinions in those ways, but at that time I felt uncomfortable; I am an introverted type who would be in the corner of a room drawing art.
So I decided to organize a movement that better matches people like me. I began by working with my older sister, and then formed the group SAYONARA ATOM with my friends and the people I met through protests. Together, we made cute, non-aggressive banners with handmade stuffed toys and wore T-shirts that featured stylishly designed messages. This eventually led to my approach where I put my opinion out to the public by harnessing methods that suit me well.

ーSo you brought something new to conventional social movements.

KIKI: Through my activism, I realized that the problems of our vertically structured society and patriarchy are present behind all sorts of social issues as well as in my life. That is how feminism became an important tool in order for me to question or fight against those problems.
But sexuality and gender issues require a deep reflection on my own identity and subjectivity. I need to take a careful look at myself instead of just voicing concerns as we do in anti-nuclear protests. Feminism concerns not just gender; it also entails nationality, race, inequality, and the social circumstances that surround a person. Furthermore, it requires me to recognize that I myself may be harming others, and that I am a member of a privileged majority in Japanese society--which can be a tough introspective process.
Selfies, featured in the exhibition, came into being from my trial and error efforts to take care of myself and take a stand on social issues.

ーSelfies is, quite literally, a series of selfies that you have been posting on your Instagram feed. The people in the photos look different, but they are all you--so in a way, this is a collection of self-portraits.

KIKI: We can interpret the theme of the exhibit--"face"--in many ways. To me, a face is something that others arbitrarily give us; it's not something we consciously choose. Women are judged so much by our face and appearance, but I never understood why, because it's not like we chose our own features. But at the same time, having been judged by the standards of what society considers "beautiful" or "ugly" for as long as I can remember, I know I'm still shaped by those norms. While I cannot accept such social norms, there's a desire in me hoping to be perceived as a beautiful person. This dilemma and the issues of gender are what I depicted in Selfies. 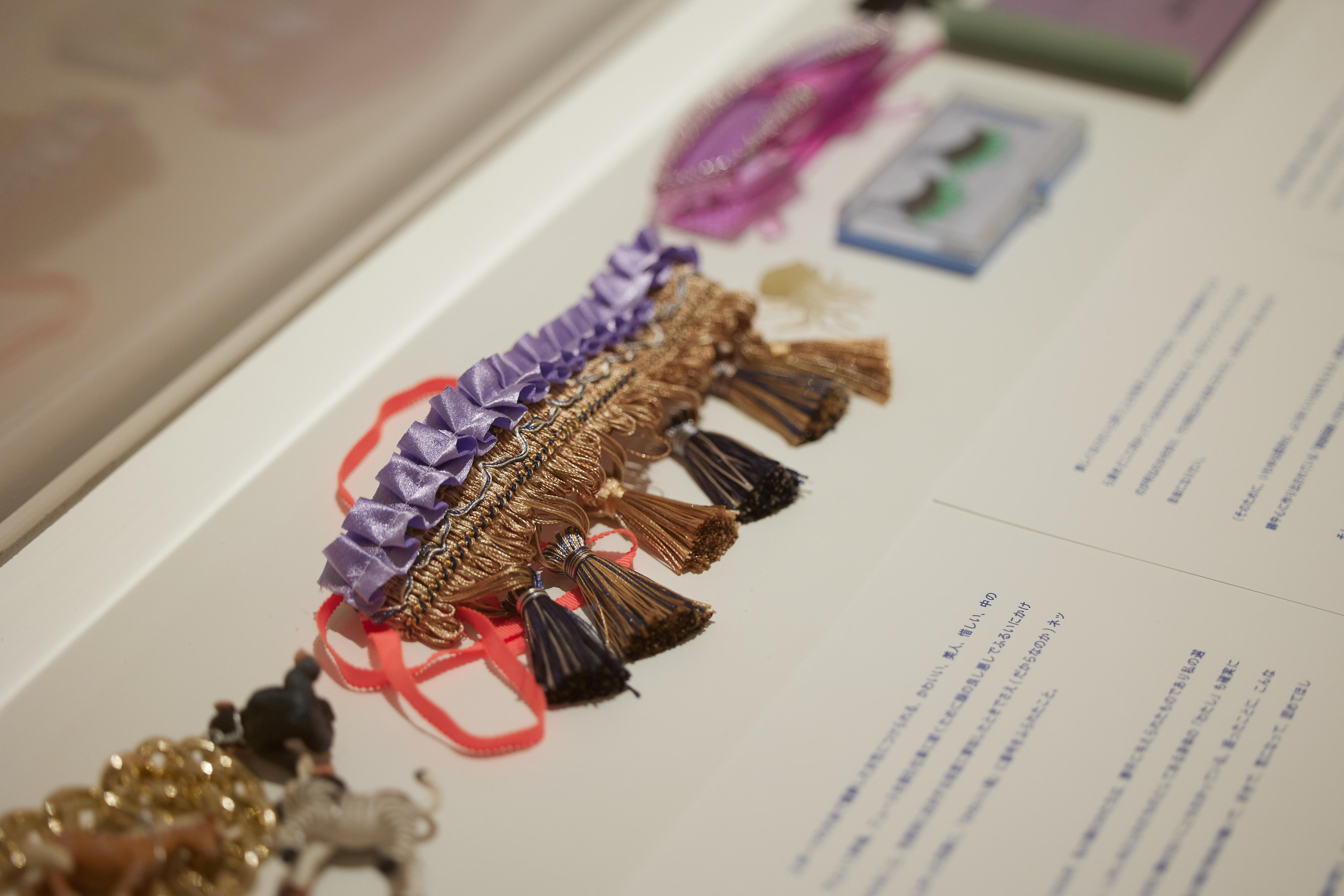 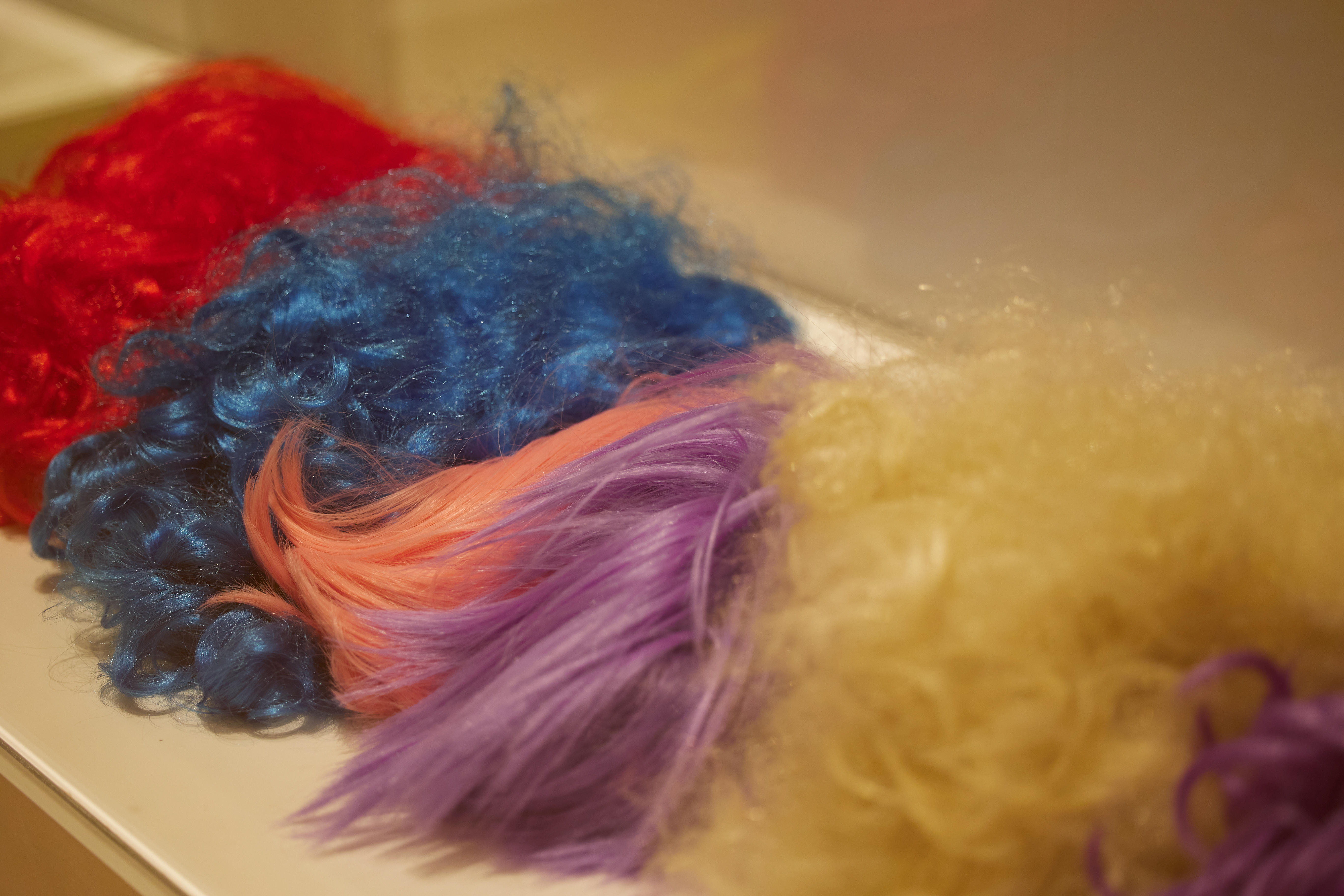 Some of super-KIKI's work that was displayed at the exhibition

ーYou can create these photos on your own, and we hear this is an important aspect of the series.

KIKI: Taking selfies, by definition, requires only one person. I only choose and use cheap wigs and makeup too, which might also be worth mentioning.
Relationships like family ties and social connections help in terms of surviving modern society, and I am not entirely against having these bonds. But I want to pursue the possibility of living even as a solitary being. There's a certain beauty that loners have, and while my own value and that of society may differ, I believe solitude can offer people a rich worldview. When you embrace what current social norms label "unusual" or "minority" as your identity, you simultaneously acknowledge the multifaceted nature of humans and the fact that the world consists of diverse types of people.

ーThat explains the varying portraits in Selfies.

KIKI: It's not unusual for people to carry within them complexities that cannot be defined by society. People have always been attaching labels to me, but even I can reject those labels and reclaim my own nature as a human being. With my portraits, I want to give hope to people that they can become anything they want. 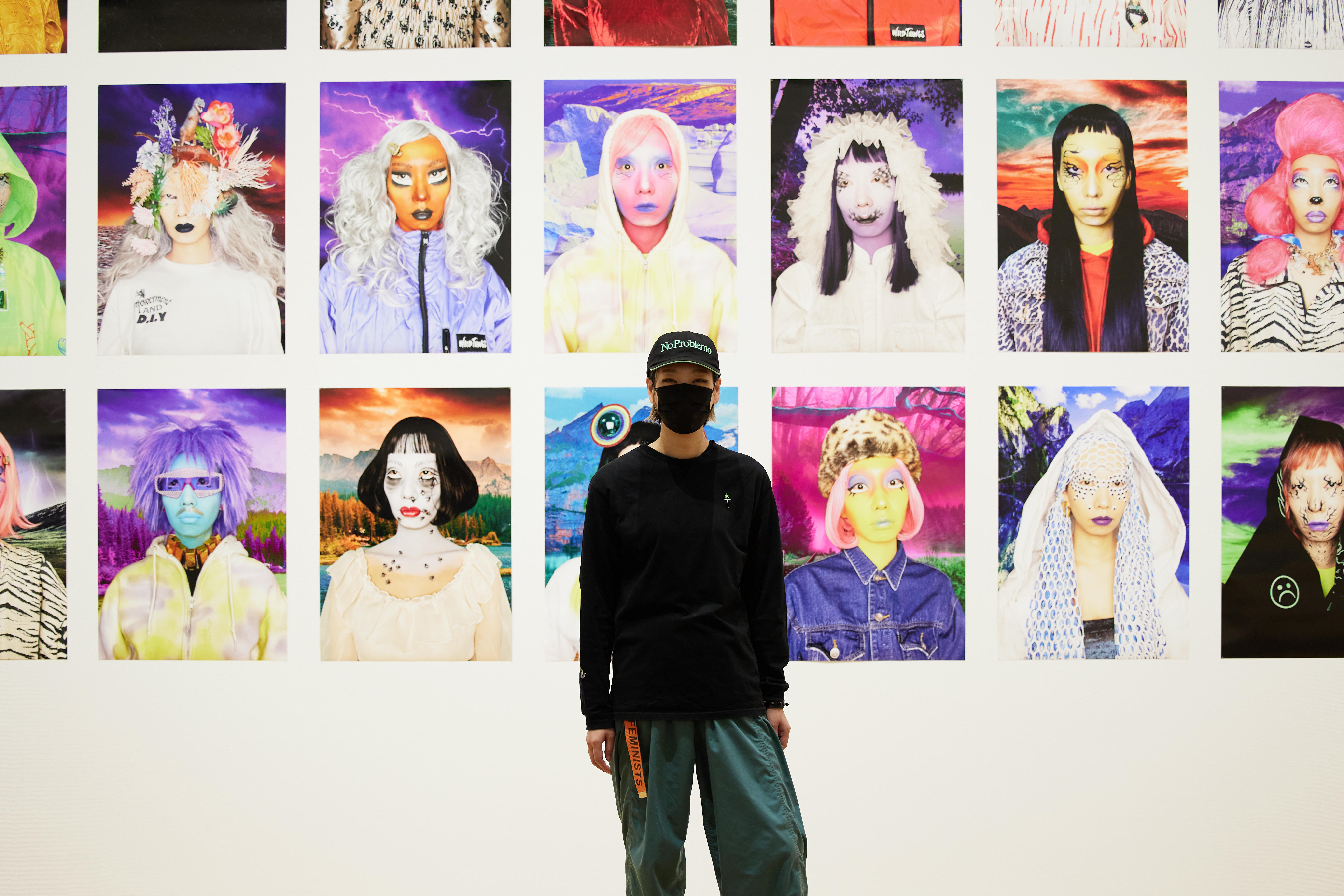 super-KIKI at the exhibition venue