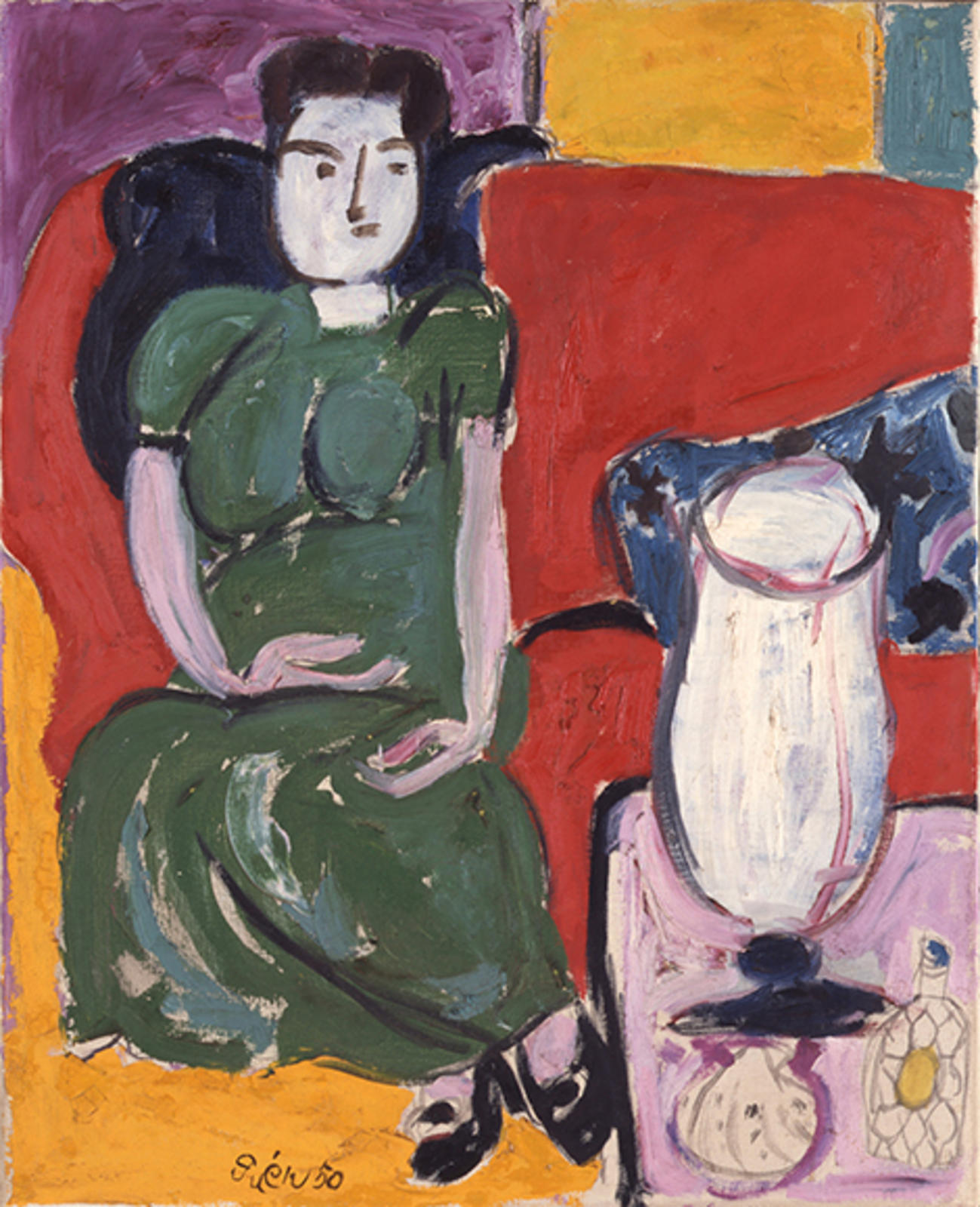 Pot and the Portrait of a Sitting Woman, 1950
©The MIMOCA Foundation

Genichiro Inokuma Together with Marugame －The Marugame Senior High School Collection and Related Works
16 Nov 2013 - 16 Feb 2014
closed: 25-31 Dec 2013
After graduating in 1921 from Kagawa Prefectural Marugame Middle School (present Marugame Senior High School), Genichiro Inokuma (1902-1993) entered Tokyo Fine Arts School (present Tokyo University of the Arts). In 1926, while still in art school, he was selected for inclusion in the Imperial Art Academy’s 7th Art Exhibition. Thereafter, as Inokuma increasingly gave play to his genius as a painter, he was specially selected for the Imperial Art Academy’s 10th (1929) and 14th (1933) exhibitions as well.
In 1933, he painted Mt. Myogi for Marugame Middle School’s 40th anniversary. Inokuma continued to donate works to the school in the years that followed. He also twice gave lectures as part of the school’s anniversary celebrations and otherwise maintained a close relationship with his alma mater.
The events and encounters of his youth in Marugame became a starting point for Genichiro Inokuma the painter. This exhibition, which marks Marugame Senior High School’s 120th anniversary, recalls Inokuma’s relationship with Marugame and, especially, his alma mater and introduces related artworks. [Detail] 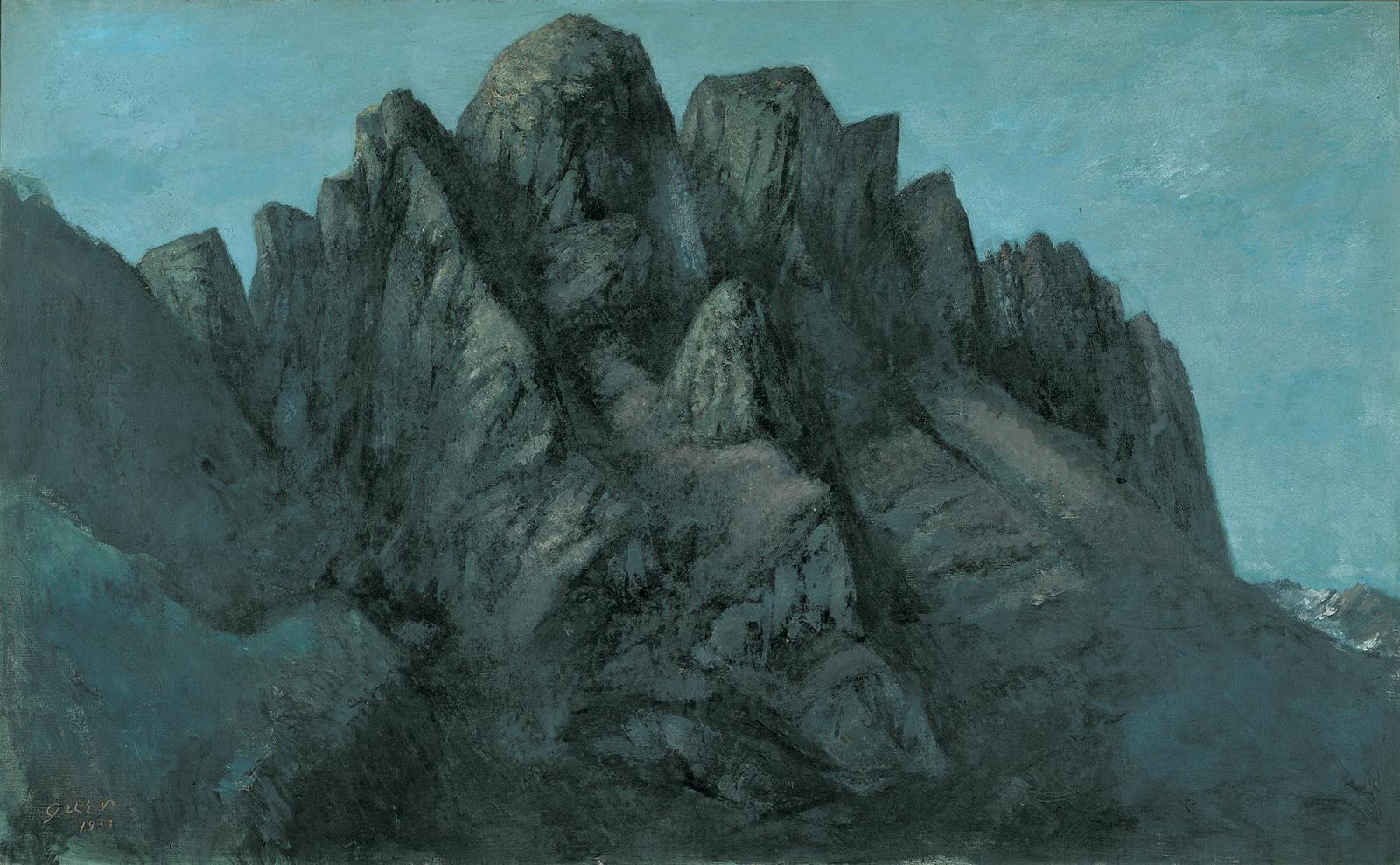 Playmaking
1 March - 1 June 2014
What is 'play' for human beings? Not only to receive ready made forms of entertainment but try using your own actions or ideas to change the banal into the fertile. Unwinding mentally and physically with contemporary art may be one way to achieve this, and at the same time making your heart flutter. 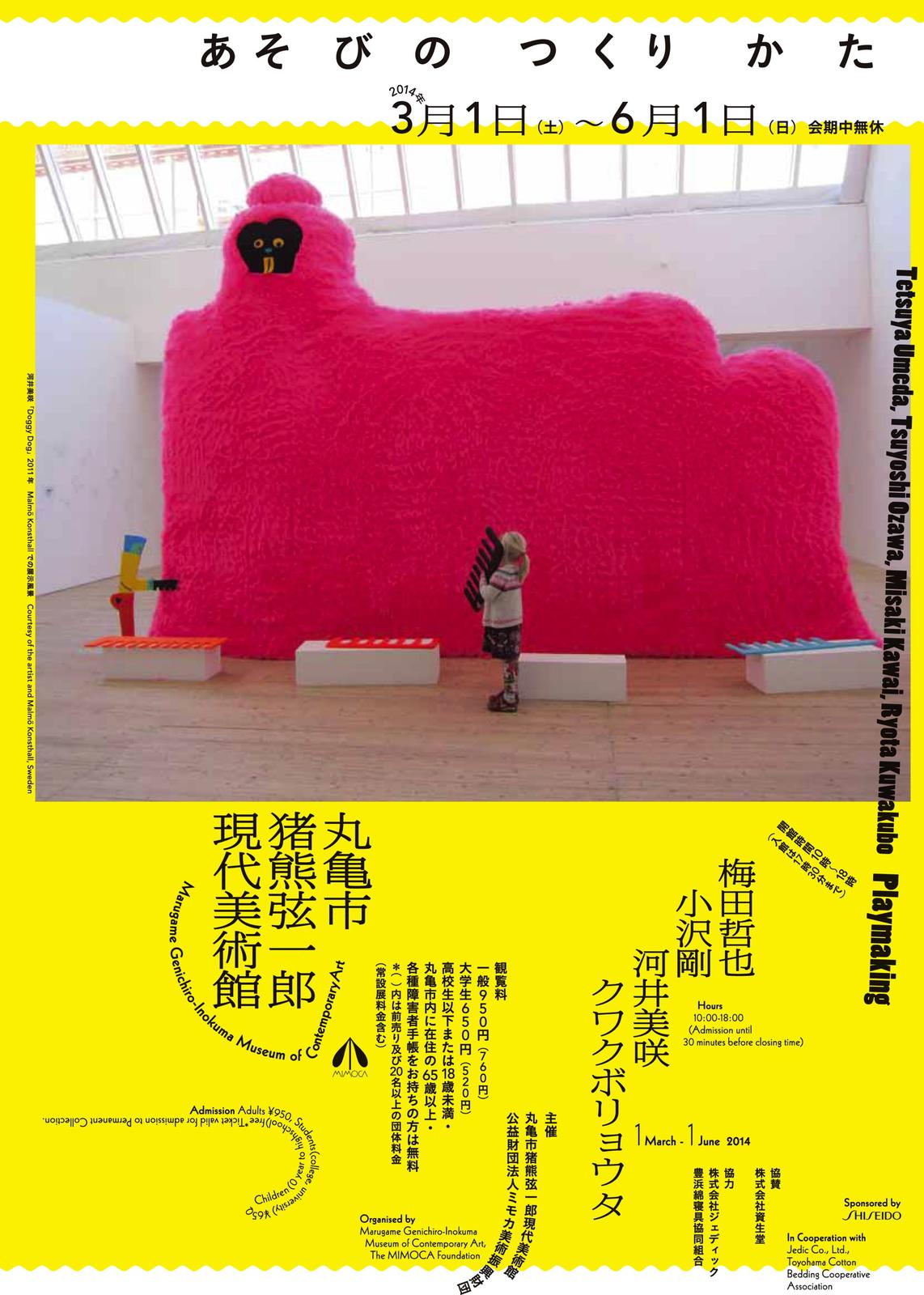 You reach out – right now – for something : Questioning the Concept of Fashion
14 June 2014 - 23 September 2014
This is an exhibition based on Nakako Hayashi’s book Expanding Fashion (Space Shower Networks) published in 2011, examines fashion from the aspect of creation. Regarding fashion as an instrument for developing aesthetics in everyday life, and for communicating our own ways of life and thinking to others, the exhibition will present the works of artists from in and out of Japan that employ diverse methods ranging from independent publishing to photography, painting, video, performance and workshops to create things related to fashion in novel ways.
The exhibition will be an opportunity to rethink about fashion not as a subject of trends and consumption, but as the locus of self-expression that is closest to our daily lives. [Detail] 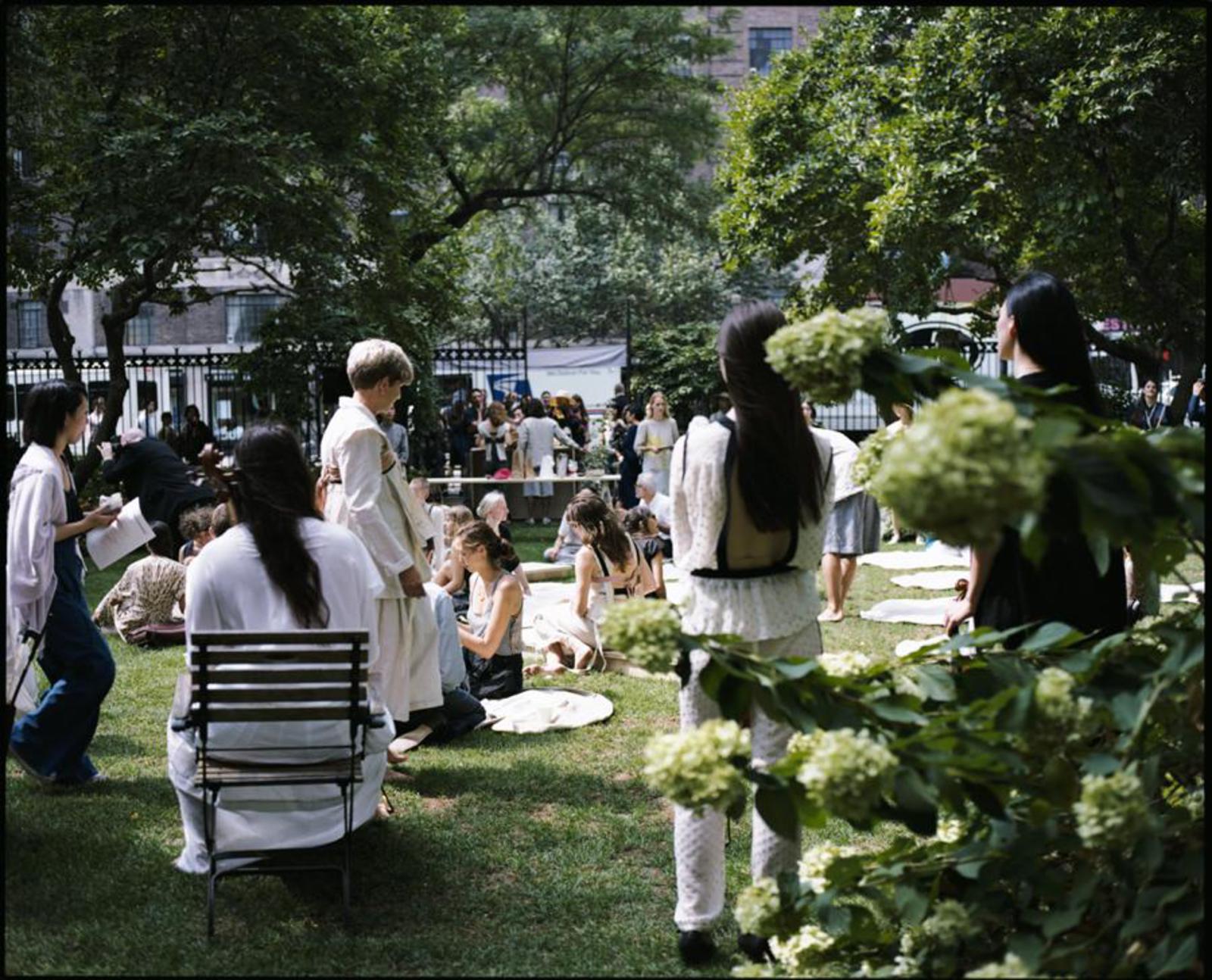 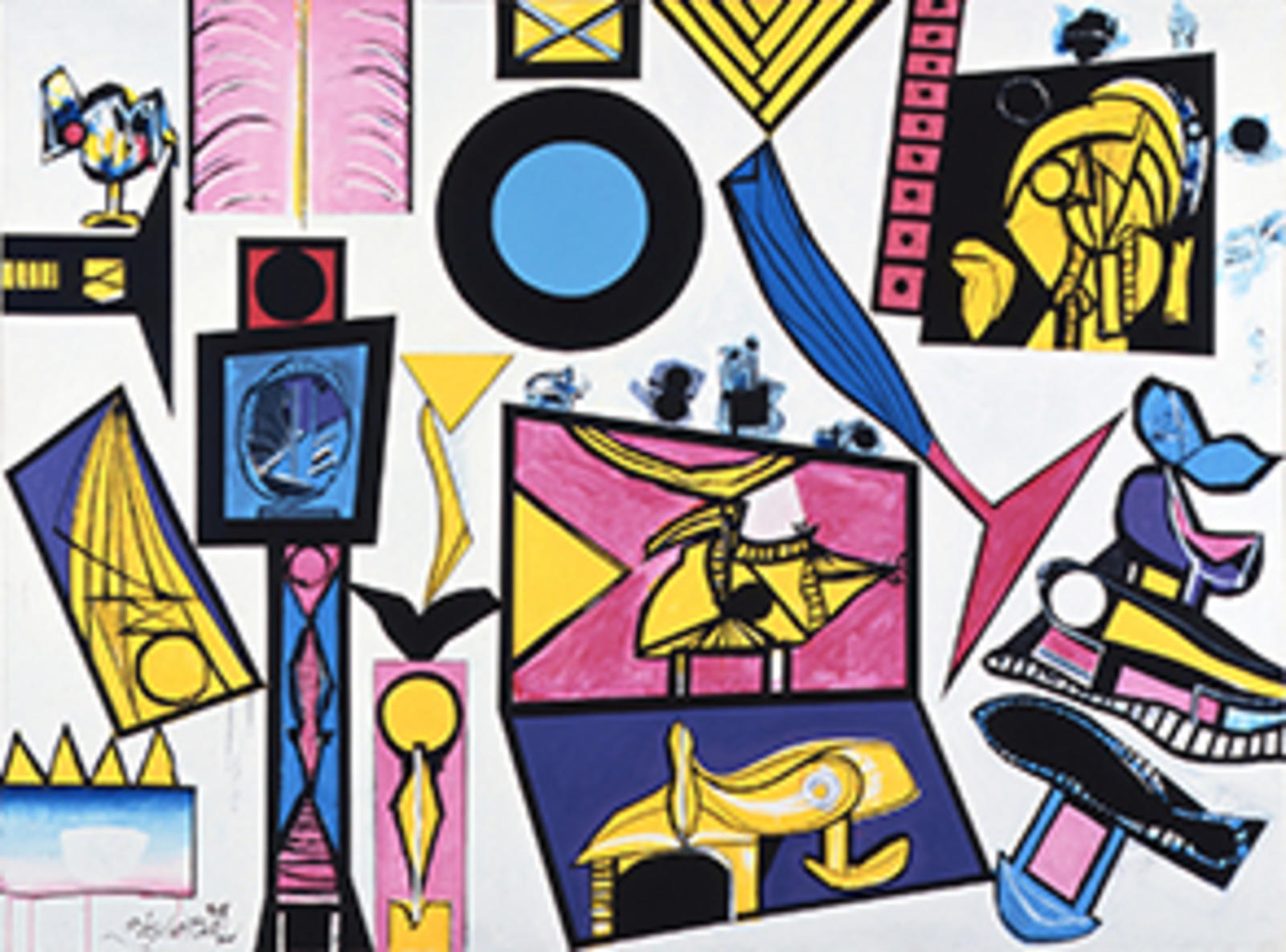